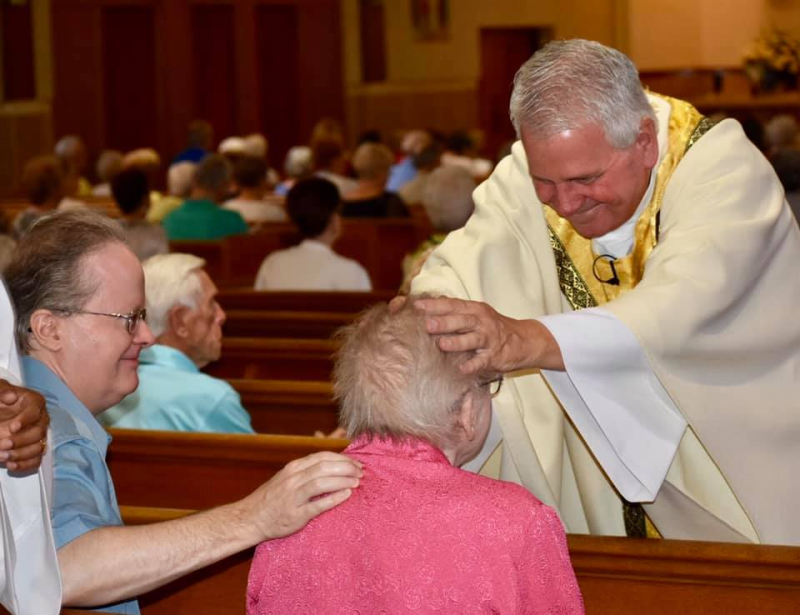 The title "Pastor Emeritus" is a formal recognition of a priest's distinguished service to a parish.  Msgr. Kennedy was named pastor of St. Katherine of Siena in 2005.

Msgr. Kennedy will move on to a position as a senior priest, effective June 20, 2022.  In his new ministry he will assist St. David Parish in Willow Grove and serve as chaplain to the Sisters of Saint Joseph at Saint Joseph Villa in Flourtown.

On Saturday, May 21, Msgr. Kennedy celebrated his 45th anniversary to the priesthood.  Prior to St. Katherine of Siena, Msgr. Kennedy spent many years in education with roles including principal and president of Cardinal Dougherty High School and principal of Archbishop Kennedy High School, Conshohocken. In 2017, he was named Chaplain to His Holiness Pope Francis, being recognized with the "Monsignor" title.

Fr. Zaleski said, "I leave Bonner & Prendie with a heavy heart but I’m thrilled to be going back to Saint Katherine’s!"

Additionally, Fr. David Buffum has been appointed Parochial Vicar of Saints Peter and Paul in West Chester.  Fr. Buffum has been at St. Katherine of Siena since his ordination in 2019.  We wish him well in his new role!

Fr. Kevin Okafor has been assigned to St. Katherine of Siena as Parochial Vicar.  Fr. Okafor was ordained to the priesthood in 2020.  Fr. Okafor comes to us from St. Elizabeth in Upper Uwchlan, Pennsylvania.

Ave atque vale is a Latin expression which translates as, “Hail and Farewell.”  We wish the best to all in their new ministries!