Nominate Someone to the SKS Hall of Fame!

St. Katherine of Siena Hall of Fame honors those who have given their time and talents to SKS parish and/or school in ways that have upheld its mission and contributed significantly to its continued growth.

We invite our parish and school community members to nominate someone you feel meets the above description.

Nominees must be submitted via the nomination form on the attached form. Anonymous nominations will not be considered. The SKS Hall of Fame selection committee, composed of parishioners and SKS employees appointed by the pastor, will review all nominations and choose at least five (5) inductees for 2019.

Newly elected members will be inducted into the SKS Hall of Fame on Sunday November 24, 2019.

All nominees must meet the following criteria for membership in the

Nominations will be accepted until 5:00pm on Wednesday, July 31, 2019. Nomination forms must be submitted to:

A "Hail and Farewell" and a Welcome to St. Katherine Clergy 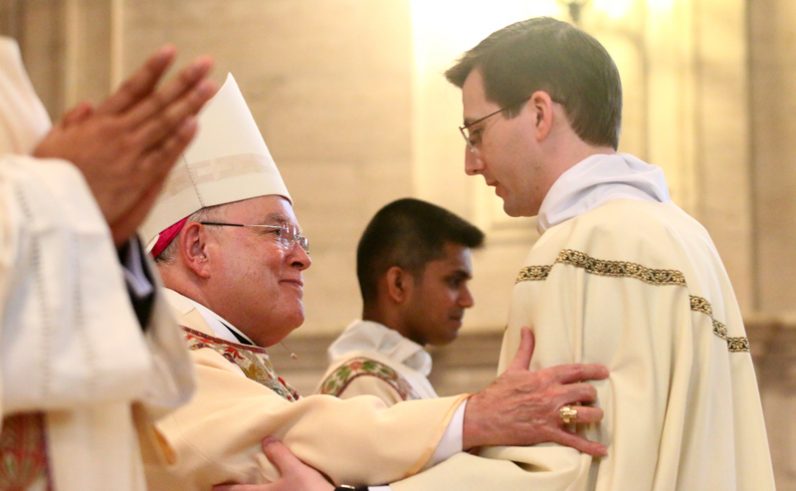 Archbishop Chaput and Father David Buffum at his deaconate ordination last year, as posted on CatholicPhilly.com

Ave atque vale is a Latin expression which translates as, “Hail and Farewell.” It is a very apt expression that we offer to Father William Lange who has served St. Katherine of Siena Parish for the past two years. Father Bill has been assigned by Archbishop Chaput to be the Parochial Administrator of St. James Parish in Elkins Park, PA. In his new role Father will have all the rights, privileges, duties and responsibilities of a Pastor as he leads St. James Parish forward. We wish Father Lange well as he begins this new phase of his Priestly Ministry in our Diocese, Once plans are finalized, we will announce our plans to fete Father Bill as he prepares to leave us.

At the same time as receiving the news of Father Lange’s transfer, we were relieved to be informed that Newly Ordained Father David Buffum would be coming to St. Katherine’s. Father Buffum spent his Deacon year assisting at St. Patrick parish Malvern and hales from Our Lady of Perpetual Help parish in Morton, Delaware County, PA. Father will arrive at SKS on Monday, June 17th. When you meet him the following weekend please introduce yourself to him (over and over again) and make him feel welcome in Torresdale.

Read a post on Father Buffum on CatholicPhilly.com, posted prior to his ordination.

Calling All Crafters and Vendors - Reserve Your Spot Now! 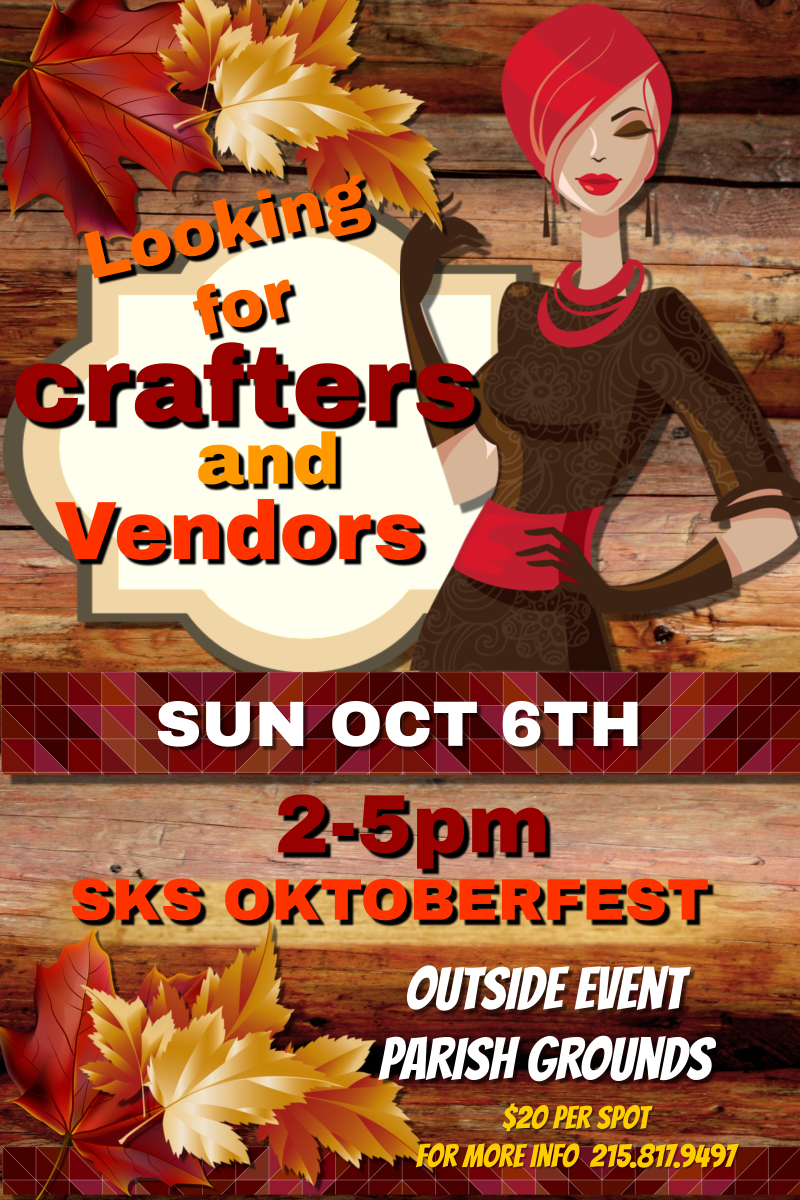 Be a Family or Business Sponsor of the SKS Golf Outing! 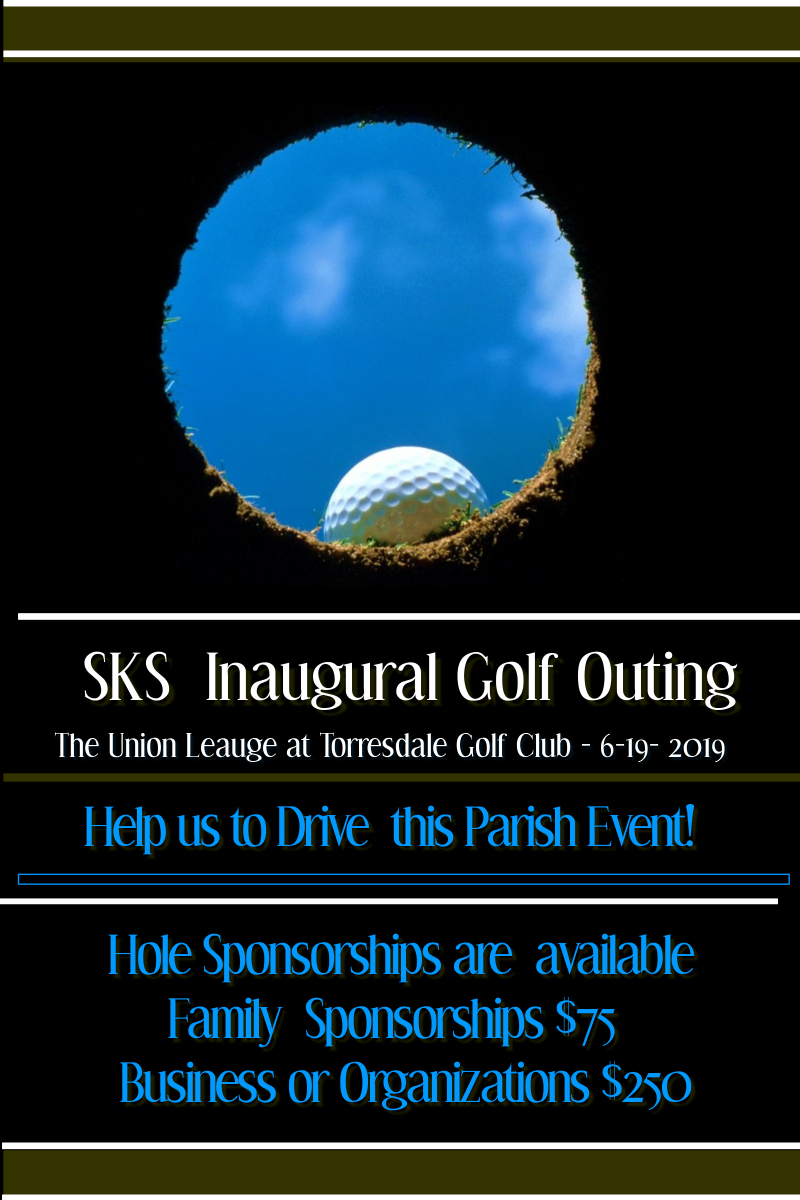 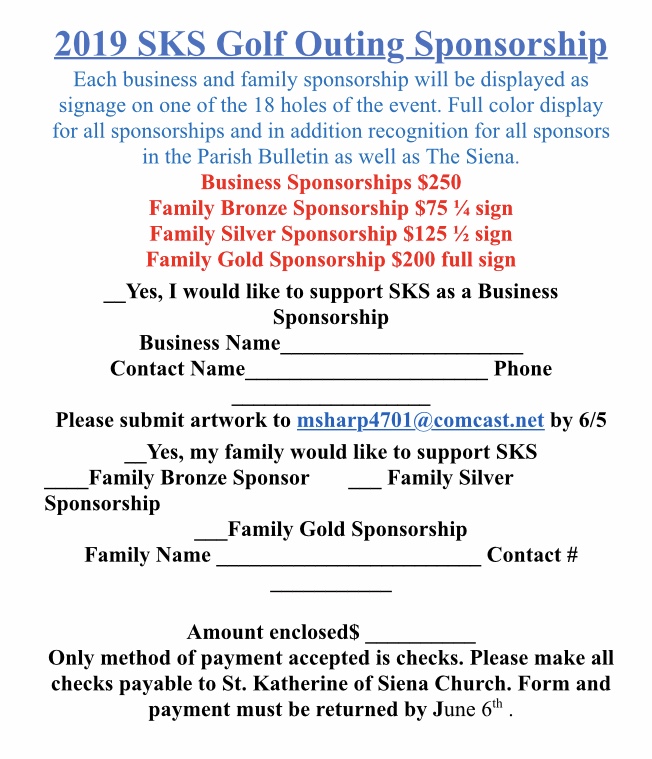