Rev. Paul Kennedy is Given the Title of Monsignor 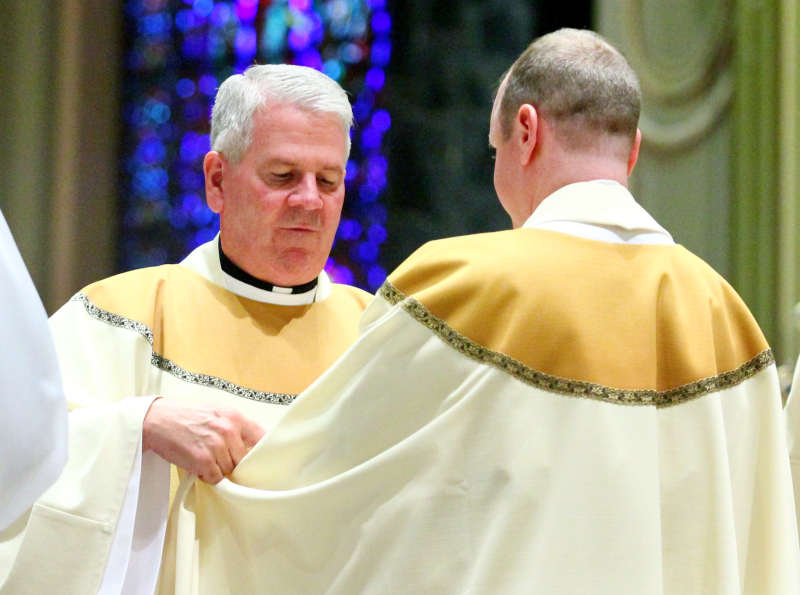 Congratulations to the Reverend Paul Kennedy, Pastor of Saint Katherine of Siena Parish.  On Tuesday, November 6, Archbishop Charles Chaput, OFM.Cap. announced that Pope Francis appointed nine Philadelphia priests as a "Chaplain to his holiness".   Father Kennedy was among them.  This means that Father Kennedy has been given the title of "Monsignor"

Pontifical honors for the nine Philadelphia priests will be awarded at the Cathedral Basilica of Saints Peter and Paul on Sunday, December 3, 2017 at a 4:00 p.m. Vespers Service.

The title of "monsignor" is given to priests who have demonstrated exceptional service to the Church.  The honor is extra significant since Pope Francis announced in 2014 that the title would be given much more selectively.   Parishioners of Saint Katherine of Siena Parish will be happy to know that this has no effect on his ministeral assignment as Pastor of Saint Katherine of Siena Parish.