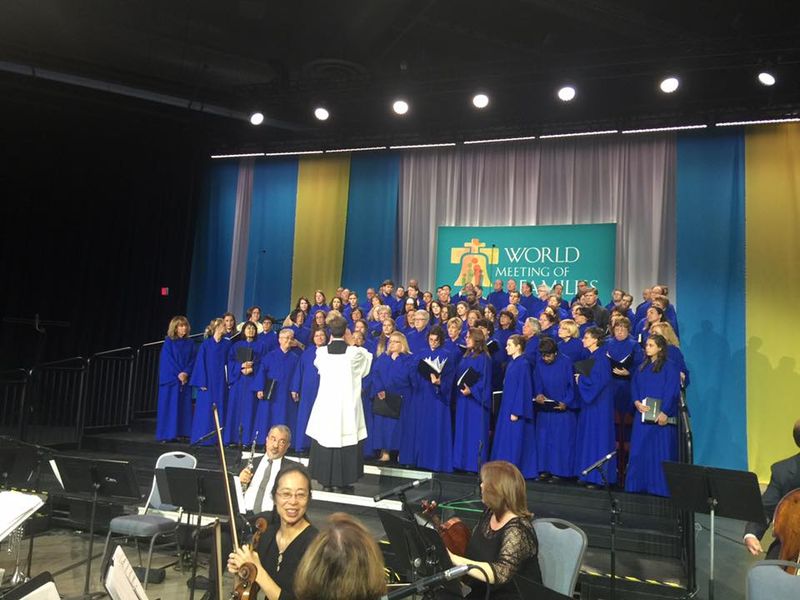 David Kimock directs the Archdiocesan choir in preparation for the Opening Liturgy of the World Meeting of Families.

When Carole Hall joined the Archdiocesan Choir, she probably never thought that she would do what she is about to do: sing for the Pope.   The Archdiocesan Choir will sing a mass at the Cathedral Basilica of Saints Peter and Paul on Saturday morning that includes clergy and religious, and also will be joining a special Papal choir as part of the choir for the World Meeting of Families Papal mass on the Benjamin Franklin Parkway.

Hall reflected on the opportunity to sing:

It will be an honor to sing for the Pope.  However, the most important part of his visit will be about the family. My hope is that those who have left the Church, will realize the need to return. Many issues will be discussed and we await his response. What is said at this particular conference will affect the Synod in October. This will be crucial for the Church.